In Volpedo, the town of Giuseppe Pellizza, everything speaks of him. The works reproduced along the streets of the village, the studio where he painted the Fiumana, “Piazza del Quarto Stato” and the beautiful multimedia museum, which tells the story of the painter’s life with a contemporary slant suitable for young people.

Following the course of the Curone stream, we arrive at San Sebastiano, a delightful village with an almost Ligurian atmosphere, with elegant buildings, narrow streets and lively yellow and red houses. The national white truffle fair is held here every November. Those entering the old town are greeted by Piedmont’s oldest restaurant, attended by ordinary people and legendary names, from D’Annunzio to Cadorna. The restaurant has belonged to the Fontana family since 1702, but it risked being shut when Mrs. Matilde passed away. It was then that her daughter Marta decided to leave her home on the Milanese “Naviglio” and return to the Valley. A choice that has prevented the extinction of the sign and has given everyone the opportunity to continue to dream in front of his incredible gnocchi with burr of Montébore, a unique cheese throughout the world. As delicate and complex as the places from which it originates, Montébore is produced as it was nine hundred years ago: with natural rennet and raw milk, 70% cow’s milk and 30% sheep’s milk. Originating in the Curone Valley and the nearby Borbera Valley, this wedding cake-shaped delicacy is so valuable that it is said to have once been served only at the most important weddings. However, its history ended with the Second World War, when the people began to leave the valleys to go to the city, leaving no one to produce it. We have to wait until 1999 to taste its buttery flavour again, with its taste of chestnuts and mountain herbs. Then Maurizio Fava tracked down the last custodian of the cheese-making technique, Carolina Bracco, who brought this delicacy, now a Slow Food Presidium, back to life.

This itinerary between art and taste ends on a sweet note in Tortona, known by many as the city of the majestic golden statue of the Virgin Mary that can be seen for long stretches along the Milan-Genoa highway. But Tortona is not only the city of the Sanctuary built by Saint Luigi Orione. After a stroll under the arcades of its welcoming old town centre and a pampering with the legendary “cannoncini” and the unfailing “baci” (including golden ones) in its historic pastry shops, heirs to the finest Piedmontese confectionery art, the obligatory stop is the Divisionism Art Gallery, a jewel that attracts art lovers from all over Italy. Among the rooms are paintings by the major exponents of this artistic movement, from Pellizza to Segantini, Nomellini and Barabino. Even in these divided-colour works, a prelude to the revolution of the Avant-garde, the different influences of Tuscan macchia painting, Lombard Scapigliatura and Ligurian landscape painting are clearly perceived. This is further evidence of the hybrid identity of these places, an inexhaustible source of inspiration and contamination that never ceases to fascinate. 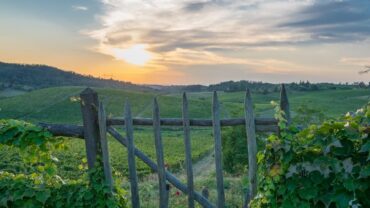 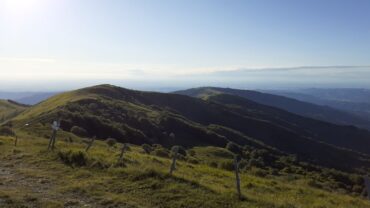 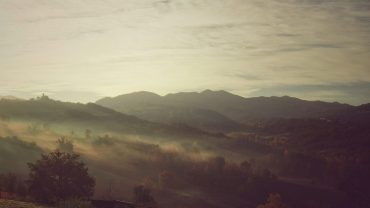